Life, love, and a trip to the eye doctor.

Turning 30 shouldn’t be a big deal, but I’ve made a monster out of it. A few weeks before my 30th birthday I started to develop headaches, a sure sign that my glasses were starting to wear. My prescription isn’t particularly strong but because I spend most of my day writing in front of a computer, staring at tiny bits of text, glasses are somewhat of a necessity. So I booked myself an appointment at the optometrist to have my eyes tested, because it’s not really my glasses that were starting to wear but my eyes slowly breaking down with age and time.

To you, 30 might just be another birthday, but to me, it felt like having to face three decades worth of expectations.

Of course, I’ve made this routine check-up sound thoroughly melodramatic, but I should also mention that I was somewhat agitated about my birthday this year. In fact, I had been agonizing about turning 30 for most of the past year. To you, 30 might just be another birthday, but to me, it felt like having to face three decades worth of expectations.

Now that I was celebrating my 30th, I felt like everyone in my life was suddenly interested in how my career was going (or not going), whether or not I have someone special in my life, and about other massive life-pursuits like home buying, or even financial freedom. To me, hitting 30 came with an entire set of social pressures about where you should find yourself on the road of life and love and happiness, all things you’d rather avoid talking about if you’re anything like me, because if you are, you’d simply be content with moving out of your mother’s house!

So instead of simply celebrating my birthday like a normal person, accepting everyone’s well-wishes and moving on, I tried to avoid my birthday at all costs. In doing so, I turned it into something far worse. Like some terrible finish line I never wanted to cross. You might understand why new glasses were really the last thing on my mind as I trudged to the optometrist to have my eyes tested.

I found myself evaluating all my decisions and the fortunes and the heartbreaks they’ve caused over the past three decades.

By the time I reached the eye doctor I was already wading into the pit of confusion, joy and utter humiliation that has characterized my first 30 years, and I found myself evaluating all my decisions and the fortunes and the heartbreaks they’ve caused over the past three decades. Instead of thinking about new frames, I’m throwing myself up for evaluation and scrutiny like a suspect in a police lineup, to be judged in relation to everyone else, just to see where I stand, and because I’m only human, my first thoughts were about about relationships. So I start at the beginning and I think about how I was terrified in the fourth grade by being invited to a girl’s birthday party, because instead of getting high-fives from my friends, I knew I was going to be ridiculed if they thought I had a girlfriend. I remember how my best friend at the time came with me so that I had some backup, and how in the end, nothing really made the party much different from any other birthday party I had attended, except that I found it a rather terrifying introduction to love.

I’m still fixated on love by the time I’m actually inside the optometrist office, because now I’m really thinking of how I’ll speak to the girl at the front desk who asks me for my name and tells me to take a seat. She’s cute and I wonder (like you might with any cute girl) whether or not I’ve got a shot, then I quickly change my line of thinking when I notice the ring on her finger as she hands me some paperwork to fill while I wait for the doctor. But now I’m staring at the form and fixated on her ring, and feeling the pings of anger and regret of past relationships and how they never really worked out like hers obviously has. Instead of filling out my form I’m remembering my last year of high school and being embarrassed to the point of shame that my friends have just announced my new relationship to the entire school over the PA system, and how I still remember wanting to crawl out the window every time someone made a kiss face at me in the hallway that day.

…the series of relationships that followed until 30 were more like a succession of self-inflicted concussions.

The only open seat in the waiting room is crammed between a young couple holding hands and three people nearly triple my age. So I drift back to worrying about high school and how my first real love seemed to last forever but in the end, we grew apart, and how I’m still wondering why, years later, because the series of relationships that followed until 30 were more like a succession of self-inflicted concussions — something to lose yourself in, but in the end you come out wondering where you’ve been for the past 12 months. Thankfully, before I had time to consider this any further the girl from the front desk called my name. 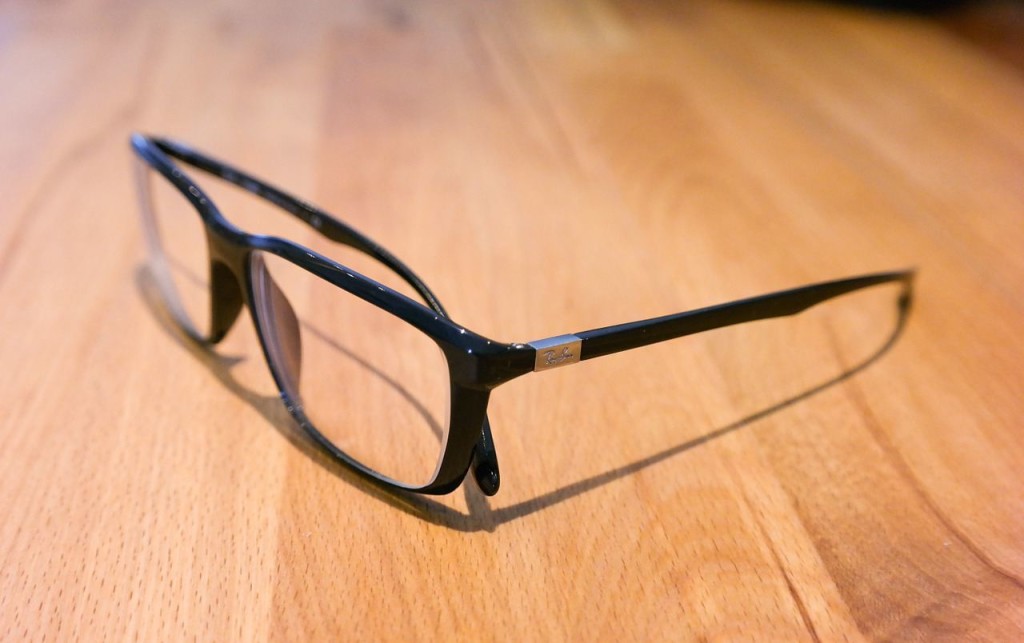 In the exam room the optometrist begins to make small talk. She’s flanked by a wall of impressive looking degrees and certificates signifying years of hard work and dedication to her craft, and because I think she’s probably no more than five years older than me, instead of listening to her I’m already wondering how she ever found time to accumulate all these papers and plaques.

…now at 30, I’m comparing myself to everyone and things aren’t looking good.

By comparison, I have an undergraduate degree and then spent a year at college doing some hands-on training, I’ve always felt qualified for the job I do, but lately I’ve been thinking it might be time to go back to school. Even though I know there is no good substitute for all the experience you accumulate on the job, I’ve also changed career paths in the past 10 years so often I wonder if anyone actually knows what I do anymore. All this makes me angry that I’ve become a writer, because now at 30, I’m comparing myself to everyone and things aren’t looking good. Sure, I’ve had some modest success in my career, but for the most part, I’ve been wandering from job to job, looking for something that I really like. But now the optometrist is asking me to sit in the exam chair, and she turns off the lights except for a fluorescent box across the room with an eye chart and I close my eyes to catch my breath just for a second before the exam starts in earnest.

She asks me to read the first line of the chart. Of course, my 20s were supposed to be a time for experimenting, not stagnating. I was supposed to have everything figured out by the time I was 30, not still wondering what I’m supposed to be doing with my life.

My life to this point has been put up for judgment and the verdict is about to be delivered.

Now the eye doctor is moving a pair of giant, steam-age looking binoculars in front of my face, flipping through different lenses and asking me, “better or worse?” And I say “worse” because I’m really thinking that I regret leaving my well-paying job in public relations to go follow some dream of making it as a reporter, and how that ended less than a year later. She asks again, flipping through another set of lenses, and I say “better,” because now I’m remembering all the pointless hours of office busy work I avoided by turning down another offer to write for a trade magazine. And I answer “better” again when I think that, even if I am living with my parents now, I did once have an apartment and it took me months of searching before I found one that I liked, and answer “better” again when I remember how much pride I felt in showing it off to my family. I keep answering “better” and I think about other small victories like how I managed to buy a car without anyone’s help, even though I were terrified I was going to make some kind of mistake, and how I negotiated a price, and how excited I was to pick it up.

Then the optometrist pulls the machine away from my face and she scratches a few notes on paper and looks up my file on her computer, comparing her exam results with my records, and everything starts to come to a head. My life to this point has been put up for judgment and the verdict is about to be delivered.

She tells me that my prescription hasn’t changed. Instead, she looks at my glasses and tells me that my lenses are scratched, and it’s probably causing my headaches. And because I’ve just evaluated 30 years of my life over the course of this visit, I’m feeling a bit confused by the simplicity of her verdict, but she merely reissues my old prescription and tells me to buy some new lenses.

And isn’t it the simplest solutions that sometimes make the best solutions? Because I know that even if the weight of all my experiences can seem burdensome, they represent who I am, and the same goes for you. Society’s expectations for 30 may need some updating because I think what’s normal for millennials today is so different from what has come before us. It’s why I’ve shared this story and my experiences, and why I know sometimes, in order to feel good, we just need to see life through a new lens.

For what it’s worth, I’m excited about my next 10 years.