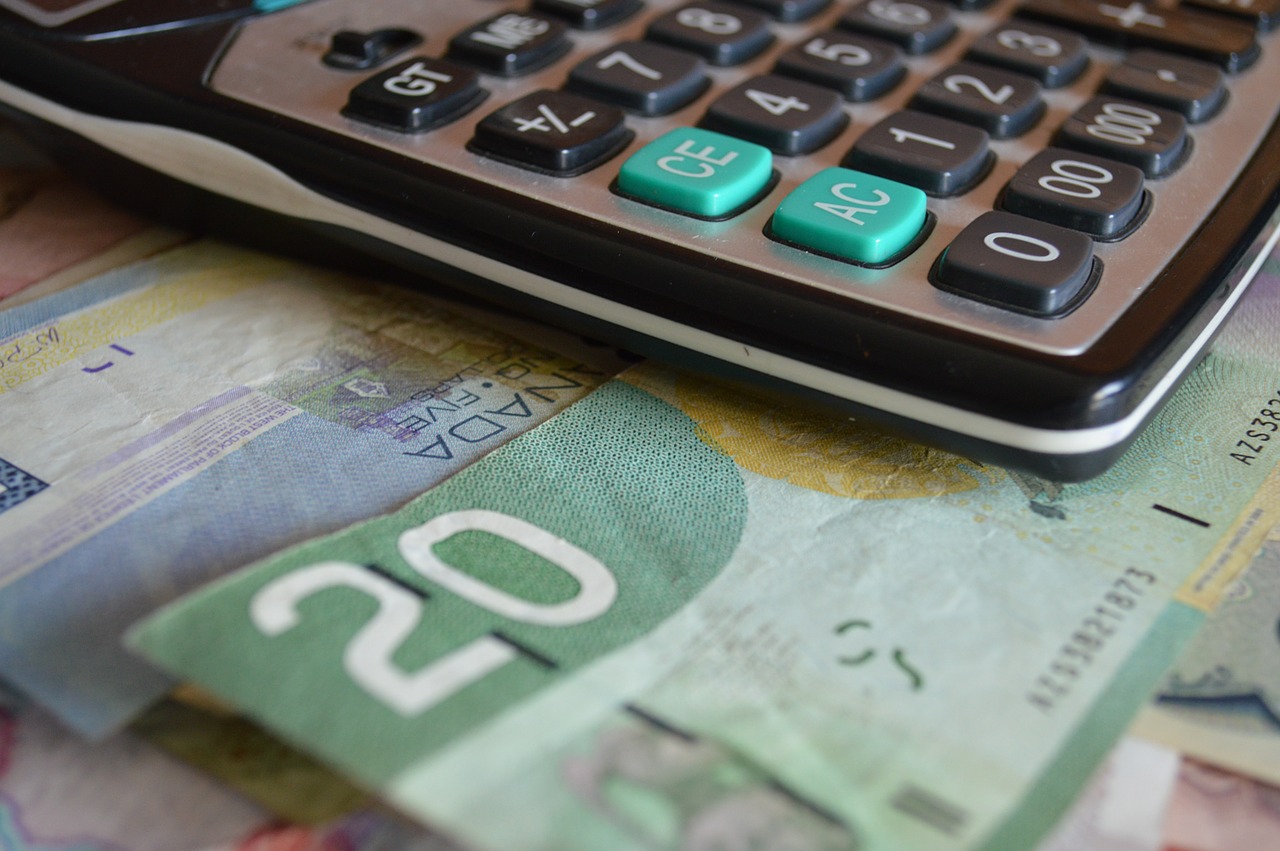 Financial debt can be terrifying and something most millennials will grapple with during their life. It’s time we opened up the conversation and removed the stigma from this common problem.

In June 2011, Cait Flanders’ dreams of future financial freedom were sinking in $28,000 of consumer and student debt. “I was maxed out,” she says. “I had one year left of university, [and] I was so stressed out financially that I thought about dropping out of school.”

She spent the next two years and approximately 50 paydays turning her life around. On May 27th, 2013, Flanders reached her goal and became debt free.

Flanders attributes this milestone to Blonde on a Budget, the personal finance blog she created to track her spending habits, obstacles and solutions along the way. When she launched the blog, she kept her identity anonymous. She didn’t want anyone in her “real life” knowing how dire her financial situation was. She posted weekly spending reports online, and even shared her salary. She was 26-years-old at the time, working for the provincial government.

It was terrifying. I was terrified to tell anyone in real life what was going on.

As her spending reports began adding up, Flanders’ online audience began to grow. She was no longer simply writing for herself. She had a real audience of people who were reading about her goals, and commenting on her posts. “It just became this community of people who I felt I needed to be accountable to,” she says. “If I didn’t [stick to my budget] then they would call me out on things. And I needed that.”

After a year of anonymous blogging, Flanders had paid off nearly $15,000 – over half of her debt. In 2012, she decided to take another leap. She told her friends and family about her blog, and revealed her full name online. “It was terrifying. I was terrified to tell anyone in real life what was going on,” she says. “I remember telling my parents I had just over $28,000 in debt and their first reaction was like, ‘What? How did you do that? Where did all that money come from?’”

A lot of millennials live with the same fear. They struggle paycheck to paycheck, and often feel as though there is no end in sight. Many reasons have been attributed to this problem – including the cost of education and a lack of well-paying jobs for millennials – but focusing on those issues alone ignores the root of the problem.

The cold, hard truth is that we don’t talk about money.

Many of us don’t take the time to educate ourselves on how to be better prepared for managing the financial burdens of our future. We establish poor spending habits at a young age, and continue them throughout early adulthood. We don’t explore resources in personal finance, and we don’t speak up until the problem has gotten out of control.

I think if we did talk about it, most people would figure out that a lot of us are in the same boat.

It’s time we shift the conversation. November is Financial Literacy Month – what better time for millennials to open up about their financial woes?

Many of us are afraid to share our ‘number,’ Flanders notes, referring to the one tallying our total debt. She explains this is due in part to our natural tendency to compare ourselves to others, and insecurities about how our own situations add up. There’s also the fear of being judged by others.

“I think if we did talk about it, most people would figure out that a lot of us are in the same boat,” Flanders says. “I think the more we talk about it, the better off we’ll all be.”

For many of us, the conversation about money has been taboo as long as we can remember. Our parents often kept their financial situations to themselves.

Interestingly, this was not the case in the Flanders household. For Cait, money was consistently a topic of interest at the dinner table. “My parents always talked to me about money, which was amazing,” she says.

But even so, times have changed, and these changes have caught us all off guard. The boomers had no idea how much it would cost for their kids to attend university. Not to mention the way costs of living have evolved. “My parents bought their house for $175,000, now it’s worth four or five times as much,” says Flanders. “We can’t accomplish what our parents did, at least not at the ages they did.”

So circumstances may be grim – but how can we make the most of what we have? What kind of conversations should millennials be having about money today? Flanders offers some suggestions.

We Should Talk About Our Student Debt

“When you’re in school, and you’re already conscious of the fact you’re going into debt, try to feel confident talking to friends about cheaper ways you can have fun,” Flanders suggests. “Especially in school; we throw the YOLO mentality into our financial decisions all the time, which is not great.” She emphasizes the need to stop spending our student loans on partying, vacations and trips to the mall – habits that are all too common in university. 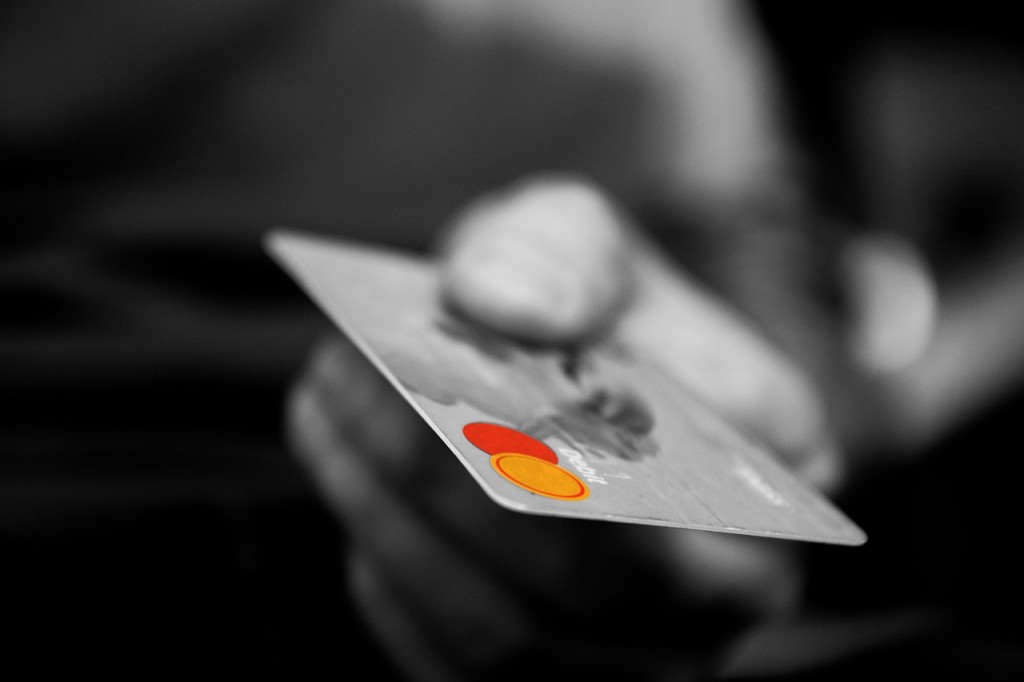 We Should Talk About Credit Cards

“Credit cards are an important thing to talk about,” Flanders says, pointing to the lack of education around the dangerous pieces of plastic that have become a popular ‘tool’ in all of our wallets. “I’ve done an incredible amount of research on exactly how they work, and it is confusing – at least if you ever carry a balance.”

Ask your friends what credit cards they use, and why they use them. How do the rewards programs work? Do they actually give you the benefits you need? “If you start talking about something, you’re going to learn a little more about it,” says Flanders. “If we were more open to it, I think we’d all end up helping each other a lot more than we think we would.”

We Should Talk About Housing Costs

“We should also be talking about down payments and housing costs and what really goes into buying a house,” she says. “And this isn’t true for all, but for a large majority of us, this will not happen in our 20s. I’m 29, so I’ve already jumped that ship.” Still, even if we aren’t in the market for buying a home, we can still be learning and saving.

We Should Talk About Retirement

Retirement should be a key topic of conversation amongst millennials, Flanders says, especially because pensions are not something our generation should be relying on. The career trends for Gen-Y include working for startups and becoming entrepreneurs – neither of which offers a pension. “Retirement is on you, and that’s scary,” says Flanders. “It’s definitely something [millennials] should be talking about and thinking about.”

We Should Talk About Life

Of course, there’s much more to life than money. You can be financially responsible without letting money run your life. Your goals for getting out of debt, or saving for a down payment, don’t necessarily mean you can’t enjoy a night out with friends. Nor do they mean you have to choose the job with the highest salary.

Even for a personal finance blogger like Cait, job satisfaction still comes above the dollar amount on a paycheck. Her journey to debt repayment certainly meant making sacrifices, but it wasn’t about sacrificing her happiness. In fact, her path led to a much more fulfilled life. “I worked my butt off, I took every opportunity that came my way,” she says. “Now, I learn [something new] every day and I work with amazing people. For me, it paid off.”