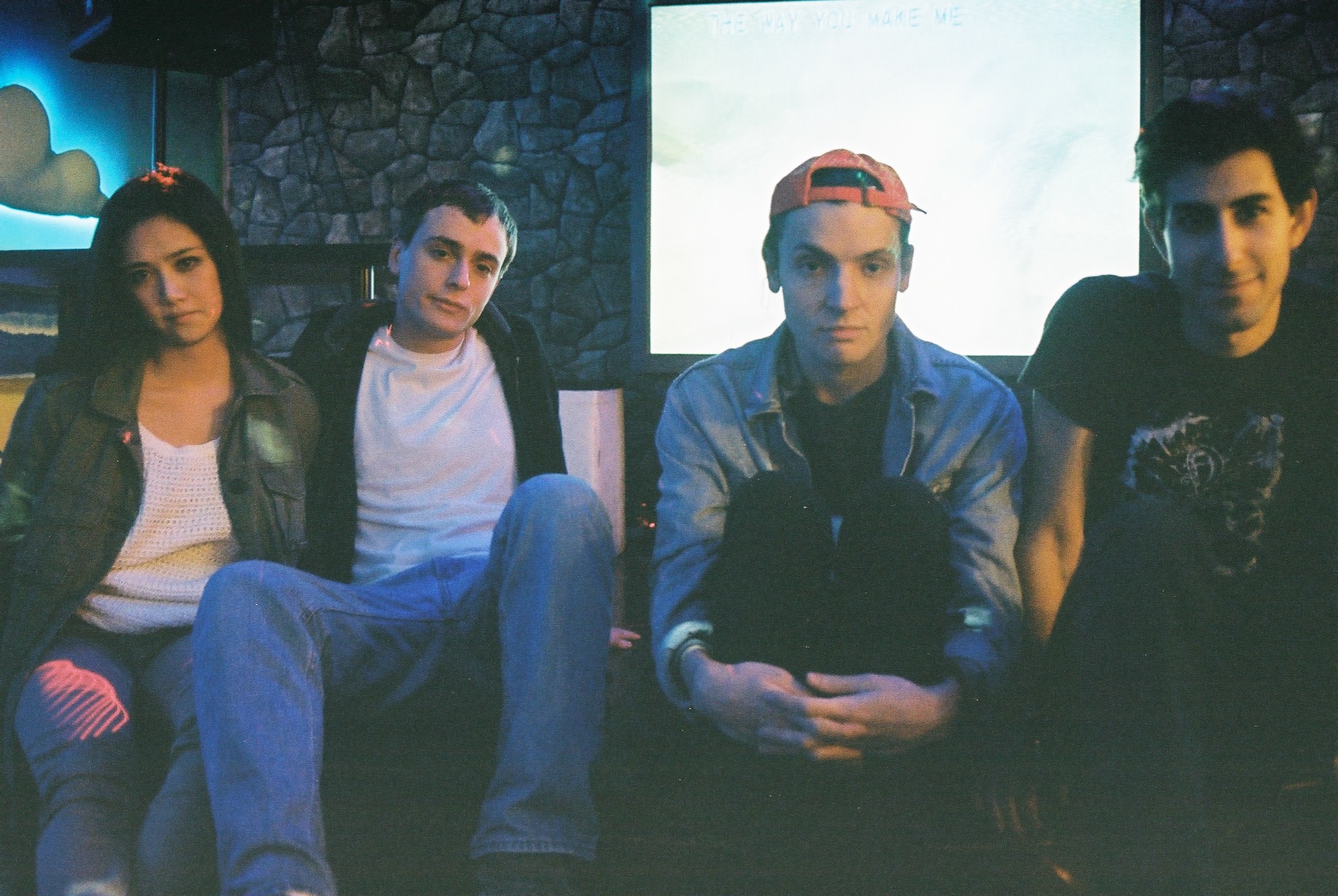 Playing in a band might sound glamorous but pursuing a passion can be a struggle. Two musicians share their experiences.

We all have dreams. Sometimes our dreams and careers match up — where we’re able to go to work every day and do something we love. Other times our passions may not exactly coincide with the work we do to pay the bills. Whatever the case, it is important to find the right balance in life, especially when work or passions begin to consume more time than you can really afford to devote.

Jesse Mirsky and Angie Wong play in Elsa. If you ever get the chance to see the five-piece, dream-pop outfit from Toronto, you’ll notice it looks like everyone is having fun. The members always seem to play with heart and energy. So far the group has released two EPs, and are currently recording an upcoming full-length record – their first.

Yet, behind every band trying to make it or every artist pursuing their passion, is a more complicated story. Small bands rarely see much return for the time, effort and money they devote to their music and the members usually have other, full-time jobs. They’re just as busy as everyone else, but they make time to practice, write songs, play live shows and record. There are no promises of stardom or fame, just a love for music and a drive to feed their creativity.

Match those commitments up with the day-to-day realities of life, specifically, work and anyone will start to see a problem. How do you properly balance the passion you love with the practical obligations of car payments and grocery bills, and does pursuing a dream always mean having to make dramatic life changes?

As in any situation, most of us will try to find some middle ground — balancing a career or job with the things we love to do. Some people are able to find jobs they love and it becomes easier to strike a good balance, while others will struggle with careers they find boring or menial so they can have the free time devote to the thing they enjoy most.

Wong plays drums in Elsa but has a background in piano and music theory. Currently, she works in the real estate industry, splitting her days between her passion project and her practical source of income – the latter of which she performs at an office, where she researches residential developments all over Toronto. She’s been at her current job for over two years, and before that, worked for a condo developer for about the same about of time. Like many millennials, she says she struggles with knowing what she wants to do in her career. 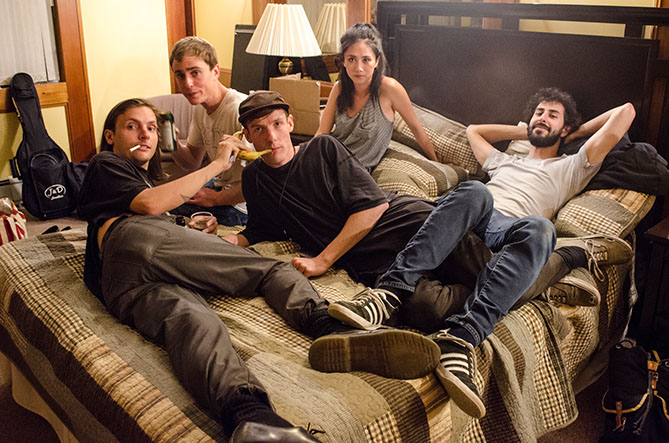 “I wish I was the type of person that could just say, ‘fuck it all,’ and dive in to playing music full-time, but I’m not and it’s really difficult to think about,” Wong says. “Part of that is a good thing I suppose; I have a tremendous sense of responsibility and accountability and sometimes a band dynamic needs that. However, I can’t help but think that it holds me back sometimes.”

Mirsky, who plays bass in Elsa and also other local Toronto acts like The Drywall Heels and The Seams, has been playing his instrument since he was 12. He also has a regular, full-time job, working with a media monitoring and analytics firm. He began working as a freelancer after his a college internship and is now in his fourth year working for the company.

As is the case with many millennials, there is a sense of frustration from both musicians as they grapple with the irritations of unfulfilling jobs.

“Making music takes up a lot of time, but it also drains you creatively,” Mirsky says. “Coming into work is just going through the motions, but band practice requires mental commitment too. I have no trouble being at both commitments physically, but it’s tough to be at work mentally when things are going well with the band.”

Sometimes, you just have to make time for the things you love.

With the stresses and hours of a regular job it can be a balancing act to put effort into pursuing a passion outside of work. Wong says having to work long hours is difficult, but being in a band is quite the opposite (although, she says it can sometimes be tiring).

“You make time for the things you want to do,” she says. “Some weeks I work 50 to 60 hours and the idea of doing anything extracurricular, like going to practice, is just crazy. But, then I think, ‘why wouldn’t I go to practice?’ I’d be stupid not to pursue my passion any chance I get.”

The time commitment sounds exhausting, but both Mirsky and Wong have found ways to keep engaged.

“Due to band practices, things definitely get busy,” Mirsky says. “When all [my] bands are practicing weekly, which is what we typically aim for, it’s at least seven or eight hours a week.”

He says Elsa is currently taking a break, but when it’s all happening at once, the schedule can be scary.

With that kind of dedication, the payback has to be tremendous, but it’s not coming from lucrative record deals, awards or widespread recognition; it’s coming from a love of music.

Both say music keeps them sane, and while it may only be a figure of speech, there is no denying the importance of pursuing a passion, especially while trying to invoke a feeling of balance in your life.

“Music is the only hobby I have that brings me real joy, so without it I don’t think I would be able to get out of bed,” Mirsky says. “I think of practice time as a few hours in a day where I can unwind and not have to think about the million emails in my inbox.”

“Considering the time I spend at work doing something I don’t really love, not being able to spend a few hours a week doing what I do love just doesn’t make any sense,” she says. “Music is the only thing that keeps me sane, so really it’s all the more reason to play at every opportunity.”

To outsiders, the idea of band life sounds glamorous — playing shows, touring — but the realities for many independent musicians and groups is strikingly different. To put it bluntly, playing in a band can be difficult, even stressful, but both Wong and Mirsky expressed their fondness for spending time with friends.

“The thing I like best and treasure most is that we’re all really great friends — best friends really,” says Wong. “We’re serious about music but we don’t take ourselves seriously and we have a lot fun.”

Wong also says each member within Elsa has the freedom to come up with their own parts. There is a great deal of trust that goes along with playing with the same people for a long time.

“I don’t love playing shows, but I do love recording,” Wong says. “It’s just a different experience, and its cool to see your work materialize and come together. If I could just record all the time, I would. In terms of fitting recording into my schedule, it hasn’t been difficult. Again, you make time for the things you want.”

For those millennials who are looking to strike a more reasonable balance between the demands of work and something they truly love, there’s a clear messages from Wong: “Just fucking do it.”

“Regret is a horrible feeling and there is nothing worse than wishing you could have done something when you had the chance,” she says. “When you reach the end of your life and reflect on what you’ve done with yourself, what do you think you’ll be most proud of and happy about? That you spent all that time in an office everyday? That you got all of those reports done on time at your shit job for 50 years? Fuck no! Just do what you truly want to do — but be good at it. The world doesn’t need another shitty band.”

Mirsky says that it’s possible to pursue your passions like music while maintaining a job or career, but that it’s important to keep things in perspective. “…You need to remember you’re doing it for yourself and your band (or friends), not for money or anything like that. It’s tough to commit so much time to a project, but you do it because you love it. I come in to work rough, miserable and tired, but it’s because I’m out late doing what I love. I would take that over being well-rested, eager and boring any day.”

How do you balance your hobbies or passions with a regular career? What do you find rewarding or difficult about it? Let us know in the comments.